Meanwhile, Gaurav Verma, chief marketing officer at Zomato has moved on from the role.

1. MIB Seeks Compliance Of Policy On FDI In Digital Media

The Union Ministry of Information and Broadcasting (MIB) has issued a public notice to facilitate eligible entities involved in uploading/streaming of news and current affairs through digital media, to comply with the decision of Union Government on 18 September 2019, which had permitted 26% FDI under Government approval route. The entities with foreign investment below 26% may furnish intimation to the MIB within one month from today. They have to provide details of the company, entity and its shareholding pattern along with the names and addresses of its Directors and shareholders. The full notice is available on their official website.

Gaurav Verma, chief marketing officer at Zomato has moved on from the role, as reported by afaqs. He made the announcement on LinkedIn today. Verma had joined Zomato as CMO-Branding in April last year. Prior to this, he had spent close to a decade at PepsiCo.

ITC Savlon has launched BIS certified masks to protect against particle aerosols of virus, bacteria, pollen and dust. According to afaqs, the new Savlon Mask has a 5-layer construct with an enhanced ability to trap particle aerosols. The masks will soon be available at leading retail stores and e-tailers at a price of Rs. 95 for a pack of 1, Rs. 360 for a pack of 4 and Rs. 1044 for a pack of 12.

The recently-launched Wondrlab has appointed Ajeeta Bharadwaj as its chief strategy officer. Bharadwaj will be based in Mumbai and will oversee the entire strategic planning function at the agency.  As per campaign India, she will report to Rakesh Hinduja, co-founder and managing partner – content platform at Wondrlab. Bharadwaj’s previous stint was at Wunderman Thompson where she was the national planning director. 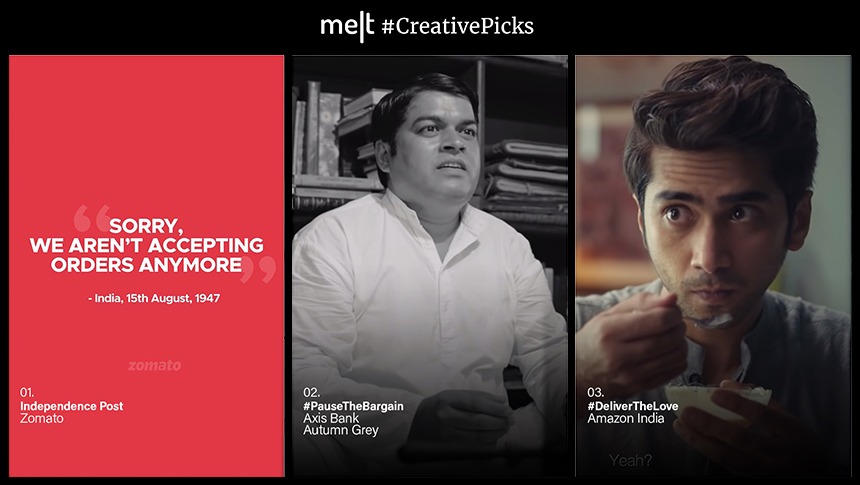