It was inevitable. It was only a question of who would be first to pull the trigger, and when. Two years ago, almost to the day, I raised the red flag — even before BARC started publishing data. Asked in a Q&A with The Hoot about the watermarking technology to be deployed by BARC, I had said (in part) the problem with it is that the broadcaster controls the switch. If you’re disgruntled and don’t want your channel to be measured you can simply stop watermarking, and the system will not be able to read your channel. That will distort the picture, and a major network doing that could hold the whole system to ransom.

Last week it happened. All English news channels turned off watermarking, and with that BARC’s ability to measure and report their viewership. All except Republic, that is, which was the cause of the action. The other English news broadcasters want BARC, or someone, to take action against Republic for multiple placement of the channel on distribution networks — having multiple LCNs, as it is termed.1 Let’s rewind a bit.

He that is without sin among you…

As Republic was gearing up for launch the word went round in the business that it had acquired multiple LCNs on several distribution networks. Perturbed, the News Broadcasters Association (NBA), of which Republic is not a member, wrote to BARC not to report its data. NBA also complained to TRAI.

Republic went on air on Saturday, 6th May. (Saturday is a good day to launch, because BARC’s reporting week is Saturday-Friday and you get a full week of data from your very first week. Data for the week are published on the following Thursday.) Accordingly, data for Week 19 (6th to 12th May) were published on 18th May — and all hell broke loose.

Republic was reported to have had, in its very first week, a 51% share of viewership of English news channels. Unthinkable, and unacceptable.

Times Now, long the undisputed leader in English news, had been widely expected to crash when Arnab Goswami quit. Everyone watched keenly but week after week it remained no. 1, to the utter surprise and frustration of its competition. Then Goswami came back on air, now as the face of Republic, and — lo! — promptly that channel appeared on top while Times Now slid to second place. Worse, the viewership of Republic was 80% higher than that of Times Now, and twice that of the next three combined. No ifs and buts: Republic was it.

Yes, the same India Today which had done the same thing two years ago, when Headlines Today was rebranded and relaunched as India Today.

Meanwhile India Today TV also complained, to both BARC and TRAI, about Times Now too engaging in the same practice, of multiple LCNs. Yes, the same India Today which had done the same thing two years ago, when Headlines Today was rebranded and relaunched as India Today. According to a Chrome Data Analytics report at the time India Today TV was on dual frequencies on each of 70 cable networks, giving it an additional 22% reach. At a cost, of course: by some estimates, 50% over its normal carriage fee.

Nor were they shy about what they had done. Ashsih Bagga, CEO of India Today Group, was quoted commenting on it, and expressing his delight with the outcome in viewership and market share. Alas, the glory was shorlived: the channel was no. 1 for one week, before dropping back to its usual place in the pecking order. An expensive, if happy, week.

Times Now did not deny India Today’s charge, only justified it as a defensive manoeuvre.

BARC chose to do nothing about either complaint — NBA’s against Republic or India Today’s against Times Now — and for very good reason. They said they were aware of broadcasters engaging in this practice in the past too, and took the position that they measure viewership of channels basis their unique Watermark ID, irrespective of the platform the channel is available on or the number of instances within the platform. And, quite rightly, that BARC India is not the regulatory body for resolving issues concerning multiplicity of LCNs for a channel. Unexceptionable, on both counts.

In fact BARC’s policy already states that, Regulatory issues pertaining to this, if any, would lie within the domain of the Ministry of Information & Broadcasting (MIB) and/or Telecom Regulatory Authority of India (TRAI).

Reacting to what they saw as BARC’s inaction against Republic, all other English news channels stopped watermarking, thus effectively pulling out of the BARC system and rendering it unable to measure and report English news viewership at all.

Now it is reported that TRAI will conduct an enquiry. Into what and to what end remains to be seen.

Heads, they win; tails, we lose Matters are now rather interestingly poised. For all the sound and fury the anchors display on their nightly shows, English news is a very tiny genre in the overall context of Indian TV: less than 0.1% of total TV viewership. Even within the news category itself all of English news is only about 8% of the leading Hindi news channel, Aaj Tak — which itself is only about 9% of the leading Hindi GEC, Star Plus.

So what does that imply for the current impasse?

The most important reason for audience measurement is for advertisers to know where to put their money. If the channel or the genre is important enough they manage without data because they cannot afford to miss the audience it delivers. That is what they did during the painful period of transition from TAM to BARC: they bought on the basis of old data.

In this case, though, it’s not just the absence of current data: the whole category has been disrupted. Data up to Week 18 does not feature Republic, while data with Republic is available only for Week 19 and cannot be compared with earlier weeks. So there is, in effect, no data at all.

Nor is English news central to any advertiser’s plans: it is just too tiny. There is probably not a single media plan in the country which would be disrupted in its absence. That is not to say that advertising on English news is useless: just that it’s not essential. And what it adds to a media plan — frequency, impact and delivering a focused audience  — it does at a relatively high cost, getting as it does 22–25% of what advertisers spend on news channels for delivering a tiny fraction of the news audience.

A channel is meant to appear in the programme guide on your TV only once, in the genre to which it belongs, i.e., among like channels. A channel that appears more than once, in different genres, increases its chances of being viewed, because when people surf they come across it more than once, and so could increase its ratings without actually being seen more. This is a questionable practice, but not illegal.

The affected broadcasters are caught in a cleft stick. Unless a night in shining armour — the government, TRAI or the courts — charges into their rescue, they have two choices: make some face-saving gesture, get back in, and risk having the Week 19 kind of data again; or stay out and risk advertisers pulling out in the absence of data.  While they have acted as a subset of the NBA all of them are also members of the IBF, the biggest shareholder in BARC, and a couple of them are on its board. What they do have going for them is of course the clout of the news media, which can often induce matters to take an unpredictable turn.

BARC, on the other hand, is not immediately affected. The largest part of its revenue comes from broadcasters, and of about 900 TV channels in India only 6 are in English news. Their broadcasters cannot afford to pull out of BARC fully because all of them have other channels, for which they need the data.

BARC’s other source of revenue is media agencies, on behalf of advertisers, who can afford not to buy English news. This means the absence of data on English news will not materially affect the value and usefulness of BARC data to its subscribers, and therefore will not affect BARC.

If TRAI does uphold the complaint against Republic and orders it to operate on a single LCN, it is highly unlikely that the broadcaster will snap to attention and comply: they are bound to fight any adverse ruling through all the appelate processes available to them. In other words, whatever Republic is doing or has done is not going to change in a hurry.

For the present, then, BARC is safe, advertisers are unaffected, and it is the English news channels which have something to think about: they got themselves into this situation and they have to dig themselves out of it.

But that is only for the present What this standoff has done is to expose the weaknesses of the system, the better to be exploited by those better placed to do so. First, that BARC can be held to ransom. This time it has been challenged by a small genre that does not materially affect it or its other stakeholders, but what’s been done once can be done again: next time by a single broadcaster or a group of them whose absence is keenly felt and forces BARC to the negotiating table.

Second, the practice of multiple LCNs is out in the open. It’s not financially viable on an ongoing basis but is a useful way to get a temporary blip in ratings for the launch of a new show, for example. It distorts the data but BARC will — even if rightly — do nothing about it. So, unless there a law or a court ruling to prevent it, it’s here to stay. The advantage of a system run by a vendor — like TAM — is that the vendor has no role in the business except to provide data. They are answerable to the industry and the survival of the system depends on their being able to keep the stakeholders satisfied.

On the other hand, the problem with an industry-owned and driven system like BARC is that the players have interdependent relationships outside of the measurement system and have conflicting stakes in the business. Worse, in the case of BARC the ones being measured not only control the system, but also individually have the power to opt out of it at will. That cannot be a sustainable situation.

BARC as an entity is not responsible for the shenanigans of broadcasters, but those very broadcasters own (60 per cent of it) and drive it. They are the plaintiff, judge, and jury. Unless it finds a solution outside the judicial system in which affected parties – which would most often be the constituents of its own shareholders – can approach an objective, independent body of third-party experts, the audience measurement ecosystem can look forward to the proverbial interesting times.

Burning Issues is a series from the printed edition of Melt Magazine, where we look at pressing issues within media & marketing in India, broken down by experts into stories we wouldn't know otherwise. To subscribe to Melt Magazine or to buy any of our older issues, email [email protected]
More about: Arnab GoswamiAudience MeasurementBroadcastBurning IssuesIssue 01Melt MagazineNBARepublic TVTV 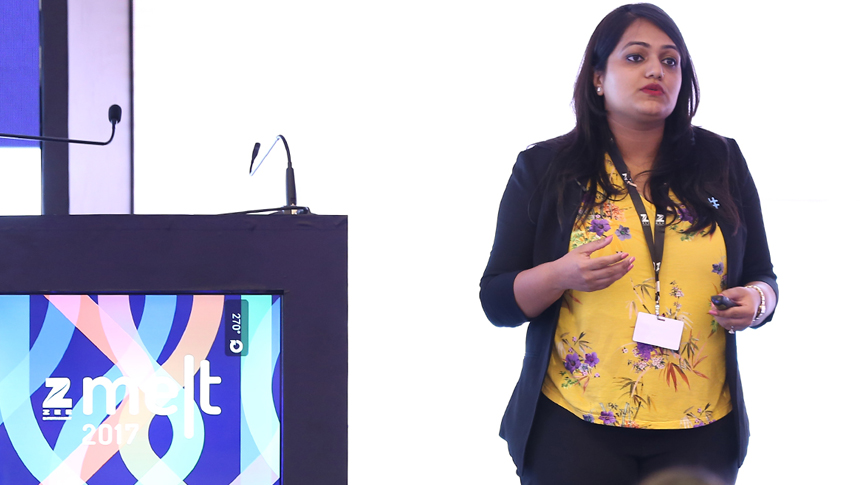