From Facebook hosting the inaugural Thumbstoppers summit In Mumbai to DNA shutting print editions in Mumbai & Ahmedabad, here are the top headlines of the day:

Facebook India hosted the inaugural Thumbstoppers Summit in Mumbai yesterday. The format was launched in May to help brands cater to the consumer’s short attention span through their 10-second video ads. Facebook also announced the winners of their Thumbstoppers Challenge. The top four will travel to Cannes next year.

Kantar has partnered with artificial intelligence platform, Frrole to launch TGI Social+. This offering will provide marketers with deeper and richer insights on how to engage with consumers online.

DNA has announced that it will be shutting down its print editions in Mumbai and Ahmedabad from today. It will continue as a web-portal and launch a mobile app soon, focusing on ‘video-based original content’.

The Advertising Standards Council of India is framing disclosure rules for social media influencers who promote products online. As reported by Livemint, it is likely to release guidelines later this year, to enable consumers to make informed decisions regarding their purchases.

OML has partnered with Zomato to curate 18 new shows for Zomato Originals. These include recipe features from chef Sanjeev Kapoor and sneak peeks into some of the best restaurants in India. 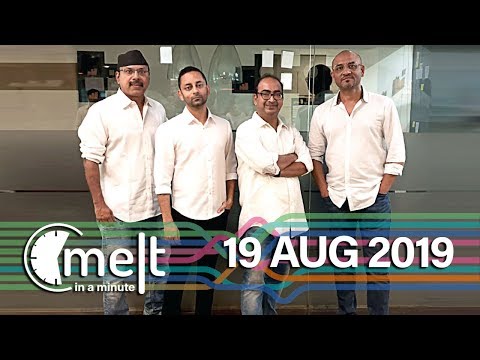